Does the Quran Forbid Paying Interest

The Quran actually addresses this in two places. The first instance is where Allah the Most High says,

“O you who believe be mindful of Allah and leave off whatever is left of Riba.”

This was addressed to both the creditors and the debtors that happened to live in Mecca and the surrounding areas that were involved in loaning each other money. Showcasing this, the demand to repay reached the extent that when some of the creditors came to the tribe of Beni Al-Mughīra and demanded they pay the interest that they owed us. They said, We swear by Allah, “we won’t pay any Riba as long as long as Allah has absolved the believers from that.”1

So first and foremost, this verse includes both creditors and debtors. Secondly, the claim that the Quran only speaks or does not speak about giving interest is methodologically problematic in that Islam is not only based on the texts of the Quran. Why am I mentioning this very important point?

The second verse, is where Allah the Most High says,

“Whatever you give of Riba to increase amongst other people’s wealth,
then it does not increase with Allah.”

Now there are two positions amongst classical scholars about this verse. The majority of scholars saying that this was actually speaking about gifts and awards that people were giving to gain favor from one another. So to this group of scholars, the verse actually doesn’t have to do with debt that’s being charged on gains or money being taken from defaulted or issued debt. So it’s not an issue of taking an interest rate on debt, it’s that I’ve given money to someone hoping to gain favor with them, and I’m really not doing that for the sake of Allah.

The second approach, however, is that yes, this actually does pertain to giving Riba, to paying Riba to other people. Al-Baghawi, al-Qurtubi, and others mention this in their tafsir. 2

The reason for highlighting this point is: if you take a Quran-only approach to trying to explain the rules of Riba, then you cannot explain away this verse. Anytime you apply a context to it that fits your interpretation, you need to justify that context.

Linguistically the verse includes both gifts that are given to gain favor as well as forbidden interest paid back on a loan. Linguistically there’s no, if, ands, or buts about it, it includes both. So if you, a person who only takes from the Quran, want us to believe you then you have to show us in the Quran where this verse is negated or where the generality of the verse – which includes both types – is actually negated. And quite frankly, you can’t.

The Prohibition of Paying Interest from the Sunna

Additionally from the Sunnah, there is the hadith of the Prophet ﷺ which is found in Sahīh Muslim from Jabir that he said,

Despite the clarity of this Hadith, there are some who come and say, “Actually that doesn’t mean the person who feeds it, it means the person who’s an agent.”

This reinterpretation of this phrase “those that feed it” to mean an agent is belied by the other wording of this Hadith. Ahmad collected in his Musnad from Ali and Abdullah ibn Masoud the same Hadith with the phrase,

“The eater of Riba and the feeder of it.”

The same is narrated in Mursal form from Ibrahim al-Nakha’i in Abu Yusuf’s al-Āthār.

Another important point that shows the incorrectness of this reinterpretation can be gleaned from the Hadith of Abdullah in Nasai and Musnad Ahmad:

From Abdullah who said “God’s Messenger cursed the tattooer and the tattooed, the brow plucker and the plucked, the eater of Riba and it’s feeder, the one performing Tahlīl and the one its being performed for.”

In another Hadith in Ibn Hibban from Abu Hurayra,

“God curses the one asking for a bribe and the one that pays it.”

In another narration from Thawban in AlTabarani he adds الرائش، meaning the one that facilitates it between them. This further exhibits that the counterparties to an illicit transaction are culpable for their actions, and the one who acts as an agent is as well. The one that pays a bribe is not absolved simply because a bribe was asked of him.

A constant is noticable here. In each instance of a Haram act being performed, the one performing that act as well as the one willfully participating in it is denounced. To exclude the one paying Riba in light of all of these other acts would require a definitive proof that such an exception exists, otherwise we take the norm of the Sharia to be denouncing both willful participants in a forbidden act.

This quite frankly is quite farfetched. Even if we didn’t have this Hadith, we have two other Hadith that are quite clear about the counterparties involved in a Riba based transactions. We have two clear hadith that actually denounce both parties.

In the hadith of Abu Saeed Al-Khudri r.a. in the Musnad of Imam Ahmed, the Prophet ﷺ said

Now, why is this Hadith important? Because in any buy, sell transaction, You have whom you have a buyer and a seller, you have a counterparty to another counterparty. You have a creditor and a debtor. You have one who is going to be enriched and one who is going to be disenfranchised. Therefore, if you’re doing money for money, and you’re saying that it’s haram for me to issue a debt for $10,000 and take back $15,000, but it’s not haram for me to pay it. You’re going against the meaning of this Hadith as the Prophet ﷺ said I’m explicitly states that currency values have to be on par, they have to be exchanged on par. Therefore the prohibition here of doing anything that’s not on par applies to both those who take it as well as those who pay it.

So the summary is that the texts of the Quran, even if we only read the Quran, prohibit both paying as well as taking Riba and the texts of the pure Sunnah of the Prophet ﷺ also invalidate this very ungracious assumption on the part of those who claim it.

1 – See for example the Tafsirs of al-Baghawi. Al-Tha’labi, and Ibn ‘Adil on the verse in question.

2- Both opinions are mentioned in the Tafsirs of al-Baghawi and al-Qurtubi. The latter mentions it from al-Suddi, saying it was revealed about the people of Thaqif. 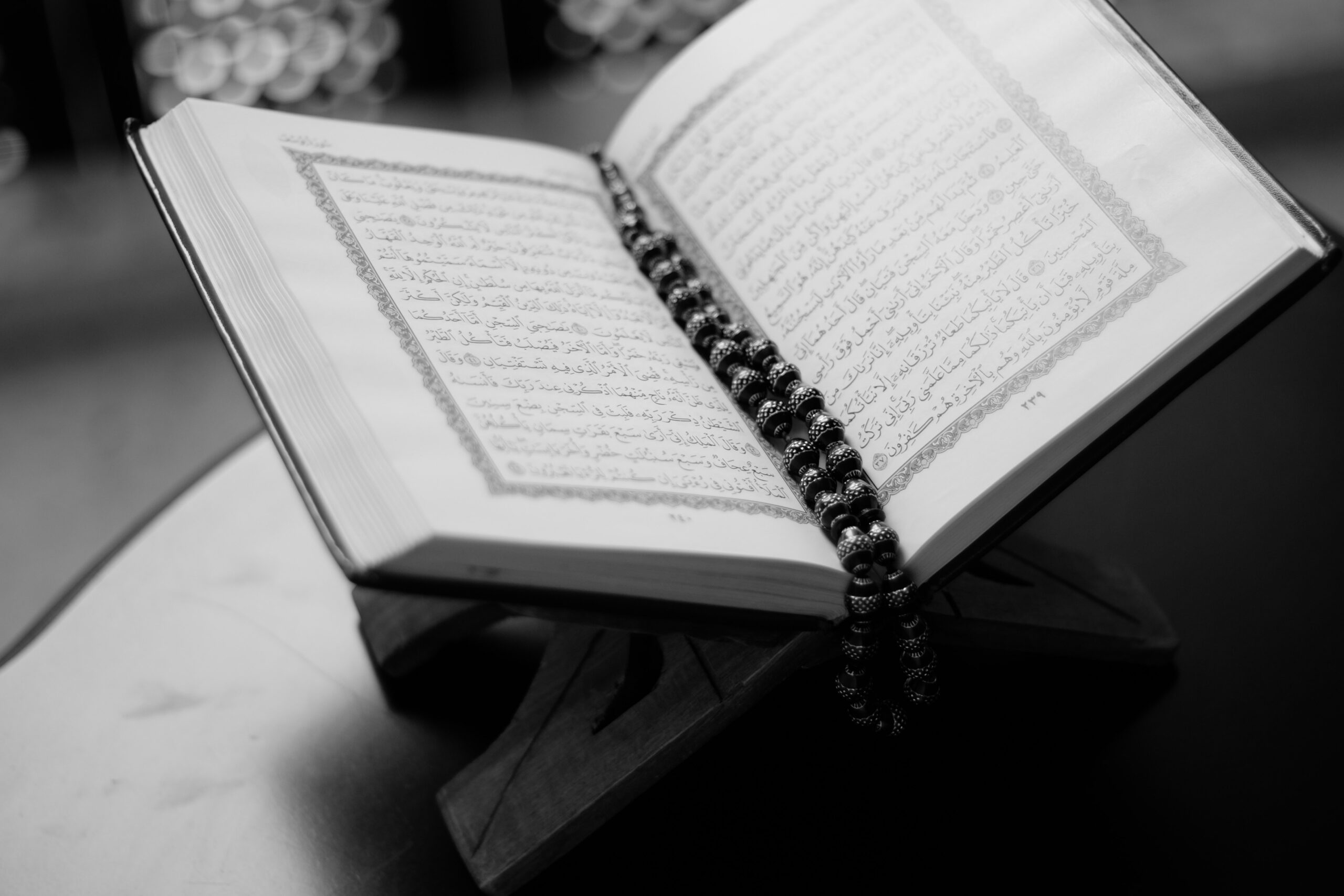 feedback from clients i've worked with

Joe is able to bridge language, cultural, and religious gaps in a seamless manner. He is very knowledgeable on Sharia matters and dedicated to the development of Sharia banking.

Bennie B.
I follow Joe's work regarding zakat and finance because it's the most comprehensive and simple to understand information out there.

Bilal T.
He provides the most comprehensive answers when it comes to financial matters based on Islamic and mainsteam financial knowledge

Rabab A.
Instead of dodging questions, you are one of the few that will cover very relevant topics that may be controversial to some.

Abdullah M.
Shaykh Joe Bradford was very helpful. Both my spouse and I had questions and he was able to answered all of them. He also gave us some good recommendations and suggestions. We highly recommend scheduling a call with shaykh Joe.

Selma Dobryansky
Conversation with Joe was very helpful. All my questions were answered in a clear and concise manner. It is a huge blessing to have a scholar who has studied finances from an Islamic perspective and is so easily accessible.

Usman Zafar
MashaaAllah, super helpful. Sh. Joe walked me through various scenarios and provided his advice to put my heart at ease. JazaakAllahukhair!

Mohammad Hoque
I had a great experience with Joe. He was very patient in answering my questions and provided the necessary information I needed to get started in the stock market.

Muddaser Belal
Very helpful, calm and precise advice given. Getting into investing is quite overwhelming it's good to know Sh Joe is there to give halal ethical advice.

Salma Begum
Allah reward and bless Shaykh Joe and his sharing of knowledge and experience with others. Schedule a call to inshaa'Allah sort out financial needs in a way that is in conformity with scholarship, ethics and morality.

Abdullah Budri
Joe, is an absolute gem. He was able to explain difficult financial concepts to me, and helped me choose from the best options available. Would highly recommend!

Anas Malik
Sheikh Joe understood my concerns and provided several options to address the issue. He was aware of complex financial concept, but was able to communicate them in a simple manner. He was clear and concise. Great resource and easy process. JazakAllah Khair